For more information please contact jamesgibsonallarts@gmail.com. The composer's website is jamesgibsonarts.com. Please also visit worldoceansarts.org and acquatroupe.com to read his blogs and see information about his arts ensemble and produuctions. A complete catalogue of compositions by James Gibson is available on request. All scores are published by World Oceans Arts and James Gibson Arts.He is also available worldwide for recitals of piano music by living composers, and online as well as in-person for master classes, lectures and workshops. 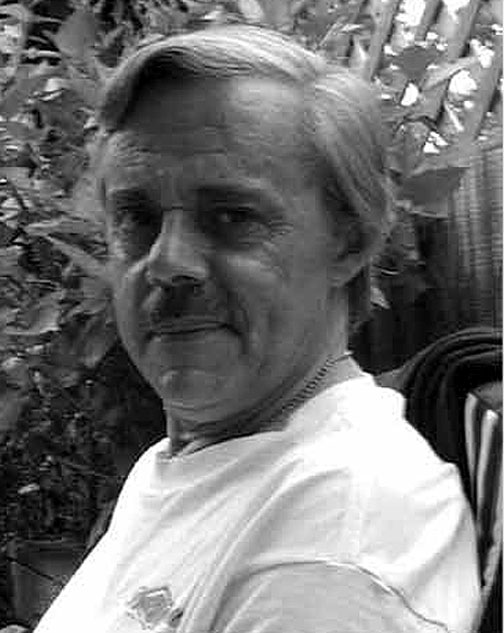 JAMES GIBSON is one of the most prolific composers of today, with near;y 400 works in all genres and styles. His widely diversified career includes piano recitals and recordings, conducting, film and theatrical directing, writing, teaching and acting. Numerous commissions include American Theatre in Berlin, poet John I. Nash, Cornell University, AcquaTroupe, World Oceans Arts, mezzo-soprano Ellena Hogrefe, visual artist Kumi Korf, Oceantroupe Films and many others. He has performed as a pianist and actor Off Broadway, and his play "Cafe Playa Moon" has had three separate professional New York productions. Dr.Gibson taught for a number of years at Cornell University, the University of Maine at Fort Kent, and Penn State University at Hazleton. In recent years he has taught privately and performed constantly. He has also directed about 100 operas and musical theatre works, many plays, and films. He is Artistic Director of World Oceans Arts and of AcquaTroupe, which is one of the most highly regarded and diiversified multiarts ensembles of today. They often perform music by living classical composers, including many SCI members. By early 2022 AcquaTroupe will launch "The Big 102", a concert tour and film performance project which will visit every US state and every European country. Much of his work is dedicated to encouraging and supporting fellow composers and other aspiring performing and creative artists; and to exploring broader interaction among artists, audiences, and influential figures in all walks of life. He is widely recognized for ambitious and innovative hybridization of various arts, and for a remarkably skillful ability to maintain solid traditions while creating music which is often referred to as being mystical, captivating, highly original, and possessed of sheer beauty and warmth.

Dr. Gibson is admired for providing opportunities for creative and performing artists worldwide. Currently he is overseeing the planning of a two-year tour throughout North America and Europe by AcquaTroupe, as well as stage productions in New York, Atlanta and many other cities.. He is also a lifelong geographer and linguist, and has been recognized as among the top 50 birders in the world. His studies of birdsong influence some of his compositions. James recently wrote, directed and composed music for three feature films, "Sing to the Stars" (available from World Oceans Arts); 'Litany', and '1969 'which will be released soon. He also performs numerous works by living composers on piano recitals, multi arts events and recordings. His opera "Henry the Sixth Part I"(a setting of the Shakespeare play) is in preparation for its world premiere. He also provides both narration and music for the increasingly popular video series, "Exploring with Shakespeare". MOST RECENT COMPOSITIONS: 'Cvrst' for solo clarinet; 'Adventus Bonitatem' for 2 clarinets & voices; 'Crisscrossed Pathways' for string trio; 'Let Us Run with Perseverance' for 5-part choir; 'Saga' for flute, vibraphone and piano; songs and background score for the forthcoming movie '1969'; and 'Vocalise no. 2' for two treble voices. Soon he will announce the premiere of "Vocalise in Praise of Women", which is dedicated to the memory of Ruth Bader Ginsburg.. RECENTLY RELEASED: "Living Piano Music by James Gibson", a CD of twelve original works, available at jamesgibsonallarts@gmail.com. Just released is the first in a series of vlogs about the role of a composer in today's world. Sample scores,catalog of works, sound bites, blogs and vlogs can all be obtained at world.oceans7@gmail.com or jamesgibsonallarts@gmail.com. Current recording projects: A series of CDs of music by living composers, numerous SCI members among them; and twelve of Gibson's own original art songs featuring mezzo soprano Ellena Hogrefe. She and Dr. Gibson are also currently recording art songs by numerous other contemporary composers, including several SCI members. On YOUTUBE: "Threshold", his most often-requested piano composition, which was inspired by Javanese gamelan. This piece is also the background music for a short film, "Brighten Up!" which can be seen on World Oceans Arts' youtube channel. On the same channel is a public service video, "Pandemic Panic" for which the music is Gibson's 'Prayer Waltz'. Soundbites of other works are available by contacting jamesgibsonallarts@gmail.com.

Rhapsody no. 1
0:00
The Rhapsody is a work recently composed which is included on my 'Living Piano Music" cd, available from www.worldoceansarts.org or www.jamesgibsonarts.com. It is dedicated to Lawrence Moss, a friend throughout much of my life and a principal mentor in my graduate student days. The piece was composed pretty much in one sitting and is performed by me on this recording. I deliberately chose a very slightly out-of-tune piano to replicate the 'antique' or old music hall setting which I envisioned as I composed this music. ---James Gibson